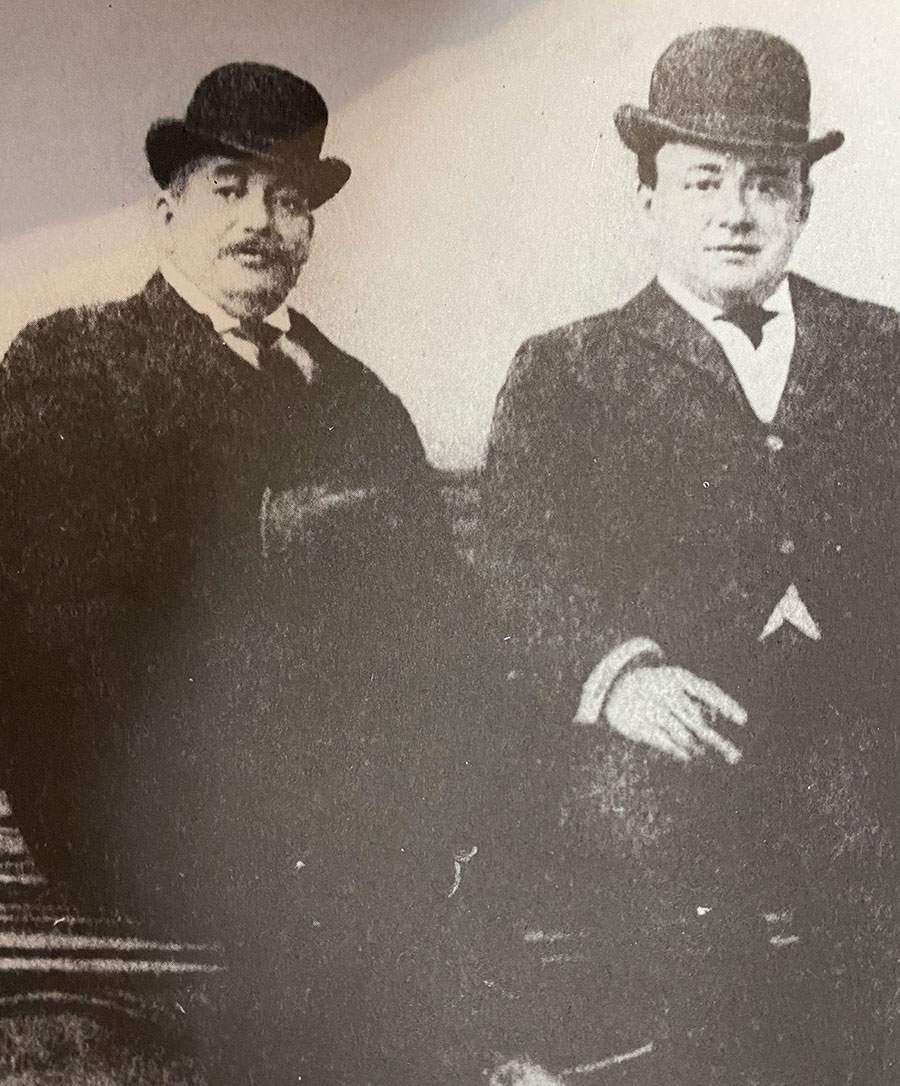 Richard A. Canfield (1855 -1914) was an American gambling magnate, art collector, and stockbroker who ran a gambling empire in New York in the late 1800s and early 1900s. He became America’s most famous gambler, for many reasons, not the least of which was his casino resort in Saratoga Springs, New York. Determined to mimic … Read more

Richard Canfield, the “Prince of Gamblers,” was a famous gambler (gambling house proprietor) who ran several successful casinos in New York City and Saratoga Springs. These days, most people have only heard the stories about Canfield as the inventor of Canfield Solitaire. In my research of the history of Solitaire from a gambling perspective, I … Read more 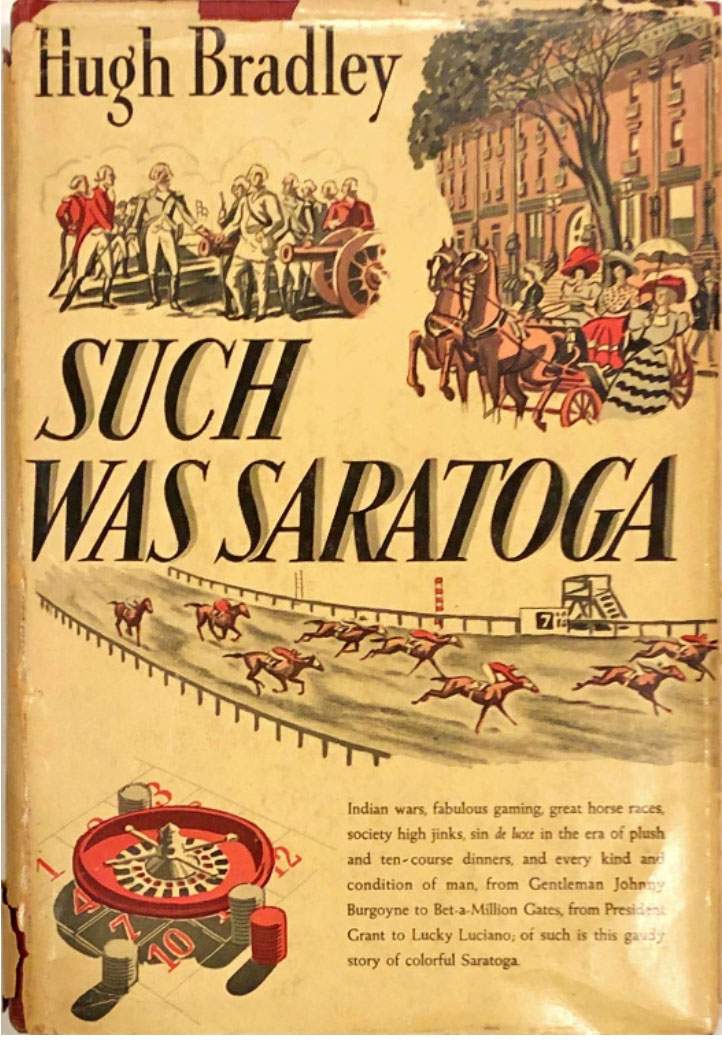 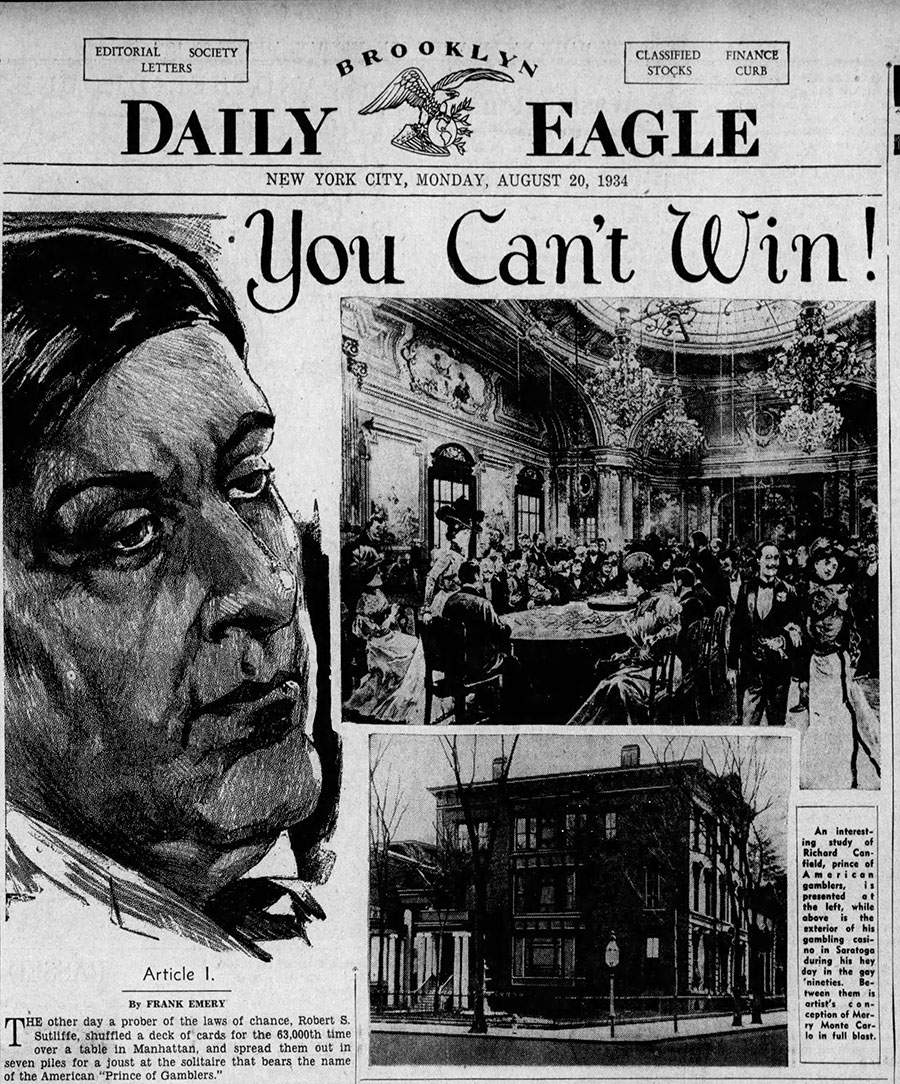 YOU CAN’T WIN, by Frank Emery – ARTICLE I In 1934, Frank Emery released a six-part series on gambling titled You Can’t Win, a Series of articles on Gambling from Faro to Bridge. The articles were published weekly in The Brooklyn Daily, each week containing a different topic in which Canfield was the main subject. … Read more 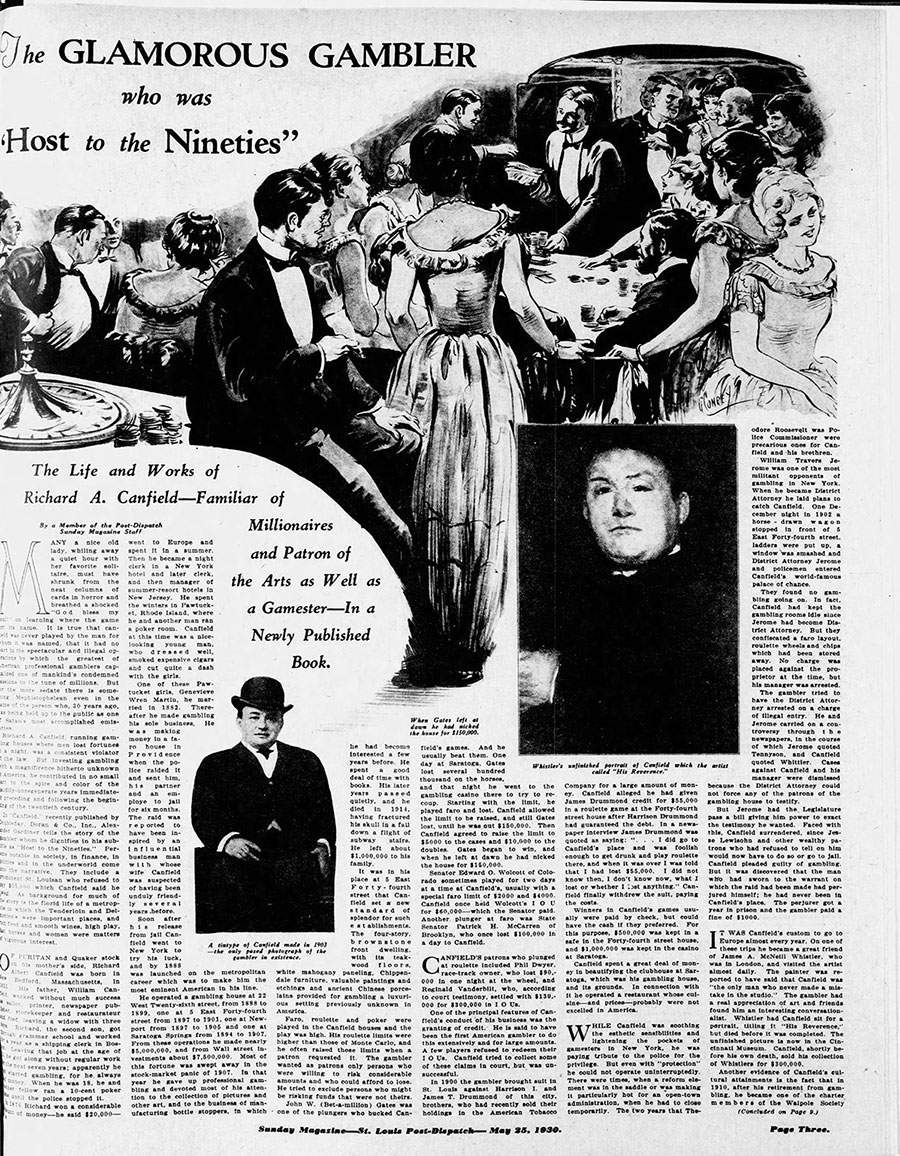 The life and works of Richard A. Canfield – Familiar of Millionaires and Patron of the arts as well as a gamester A large newspaper article devoted to Richard Canfield following the publication of Alexander Gardiner’s Book “Canfield: The True Story of the Greatest Gambler,” where Canfield Solitaire is discussed. Although Alexander Gardiner wrote only … Read more 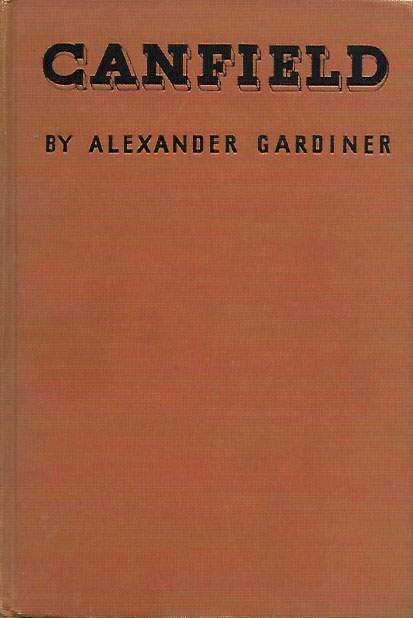 Canfield: The True Story of the Greatest Gambler by Alexander Gardiner One of the most comprehensive books I’ve come across on Canfield. An autobiography about the life of the “Prince of Gamblers” with a vast amount of intricate details. For example, he cites the exact amounts Canfield accepted as bets, the layouts, and the games … Read more

Phantoms of past still haunt Spa – Modern Saratoga recalls days when Canfield entertained millionaires at a garden spot Historic newspaper article about the Canfield Casino published by Fitchburg Sentinel (Fitchburg, Massachusetts). It is suggested in this article that Solitaire would have been played at the Saratoga Club. “It was here in the same old … Read more

Newspaper Article about Canfield’s death Although the article is about his sudden death, a large part of the article is also devoted to Canfield’s Solitaire. The article gives a clear picture of the fame of the Solitaire game which is said to have been invented by Canfield or was named after him. For example, in … Read more 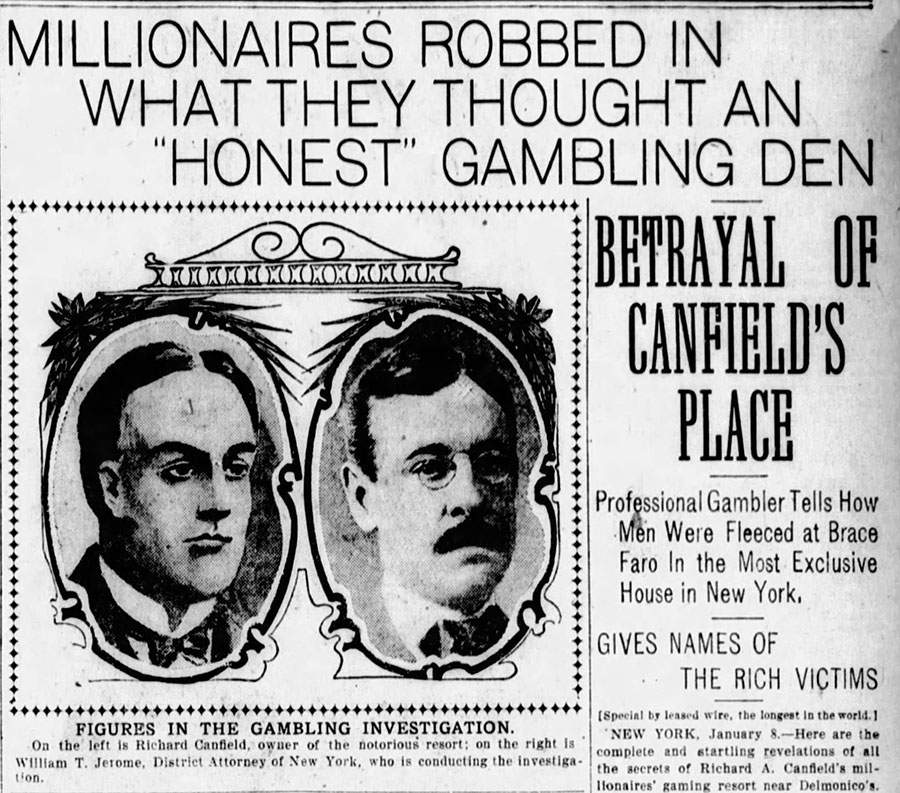 Millionaires Robbed in what they thought and honest Gambling Den Betrayal of Canfield’s Place – The San Francisco Examiner – 1903 This article, written after the raid on Canfield’s private property, endorses the trend that prevailed at that time against gambling in the so-called Gambling Houses. It’s most likely a piece of propaganda to discredit … Read more